Master-Planning is left in the Paddock, whilst the Local Plan, Stalls! Could Castle Point Council appear anymore Inadequate? Government Chief Planner to eventually let us know!

Two issues have reared their heads locally, One concerning the Paddocks, Canvey Island, the other the whole of Castle Point through its emerging Local Plan and the Government threat of Intervention!

Firstly the Paddocks. It appears that 3 Councillors have visited the Paddocks and engaged with the Hall users.

Now our cllr Leader, cllr smith has enthused over his Local Plan’s promotion of “Master Planning” where development is concerned. During the Special Council meeting arranged to hurry / force through the approval of the Local Plan 2018, much was made of the Master planning initiative, through which local ward councillors would have input, alongside residents and developers on new developments.

So it was surprising to learn that these 3 councillors attending and engaging with the Paddocks users where not the local South Ward representatives.

The Local Plan 2018 reads: “The NPPF also explains that the creation of high quality buildings and places in fundamental to what the planning process should achieve. It goes on to state that design quality should be considered throughout the evolution and assessment of proposals. Early discussion between developers, the local planning authority and the local community is important for clarifying expectations. Proposals that demonstrate early, proactive and effective engagement should be looked on more favourably.”

So it appears that cllr smith’s preference for Master Planning, maybe somewhat selective!

The Agenda paperwork for the Local Plan 2018 Special Council meeting clearly indicates that the threat of Government Intervention in the Castle Point Local Plan is a dire consequence of not adhering to a strict agreed Timetable;

“Failure to keep to the programme as agreed by Council in the LDS to produce a legally and technically compliant local plan is likely to result in intervention.”

“Failure to make progress with the New Local Plan 2018 at this time will also be noted by the Secretary of State.”

“If the Council wishes to remain in control of the Council’s local plan process for the Borough the Council must make progress with a local plan. The New Local Plan 2018 now before Council has been prepared to an accelerated timetable, agreed in June following consultation with the Ministry.”

On the Local Plan 2018 itself; “The Chief Executive informed Council that the consultants, led by an experienced Planning Inspector had concluded ‘Lit appears that the Council should be able to submit a local plan for examination which meets current national advice’.”

” The decision (for councillors consideration, rather than that of approval of the Local Plan and its Green Belt development) was whether to keep control of the local plan making process for Castle Point or allow Government officials to intervene and take over the process.”

As we all know the Local Plan 2018 was rejected by Full Council despite these warnings!

Councillors found that amongst other reasoning the distribution of Housing Growth was generally Unjustified.

Since then there has been a further Full council meeting. This meeting produced NO  report on works being carried out on furthering or adjusting the Local Plan!

Such is the purported urgency with the Local Plan schedule that it would have been reasonable to expect, by Government Planners and the Secretary of State AND local Residents, that some work would have gone into addressing the concerns of the councillors that were “brave” enough to go against the council leader’s and ceo’s advice and warnings!

It would be interesting to learn from the Canvey Island Independent Leader and cllr A.Sheldon, possibly the most active Green Belt campaigning mainland councillor, whether officers and / or council leader have engaged with them in a seemingly important effort to continue a process of adjusting the Local Plan, to make it acceptable for councillors approval. Or are the leadership simply sitting and waiting to hear our Fate?

If nothing is being done, you can be sure Castle Point Borough Council will look even more inadequate than it did following the Duty to Cooperate debacle, in which the leadership and officers can be viewed as being seriously negligent! 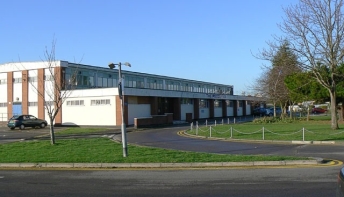 The Paddocks community centre, Canvey Island. Soon to be destined to the History Books, alongside many Canvey Island Landmarks.

Time for a line to be drawn on Green Belt and Flood Zone development. Leaders, members the Local Plan is with you!

The Local Plan, with its focus on Housing and threatened Green Belt boundary changes, was the hot topic during the last round of Castle Point local elections.

Candidates across the Borough presented themselves to the electorate suggesting that the Green Belt was safest in “their” hands.

Residents responded by voting in a way that made clear there was an indisputable desire for the draft Local Plan to be aborted along with, in effect, a demand for a change of Council leadership .

The heavily criticised Core Strategy was withdrawn in September 2011.

The new Local Plan, according to the Castle Point Borough Council website, is scheduled for submission on the 30th September 2014, for Examination during December 2014 and adoption in March 2015! 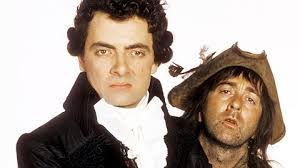 Within the New Local Plan process a Task and Finish (T+F) group has been formed to consider the responses to the draft Local Plan consultation.

The schedule of work for the T+F committee is programmed to run until early March 2015!

Following the second meeting, there appeared to be some concerns on the format the process was following. Members appeared to feel that housing need and numbers should be considered earlier rather than later, against chairman and officers preferred approach.

A “private” meeting was held and housing was elevated to next topic on the agenda, having broken away from the “consultation responses” approach.

Members were shown how the Castle Point Local Plan’s Objectively Assessed Housing Need had been arrived at.

The following meeting members were shown how Castle Point’s constraints to housing development limited the housing numbers to 200 dwellings per year.

During these two meetings members showed some discomfort with the message that officers were giving, but were unable to exert any influence on the housing numbers, and the meeting minutes were duly signed off.

However during the following meeting considering Business and Retail development there appeared a collective and united attempt to alter course.

Members decided to exert pressure and some issues were deferred.

This process appears a long way off of what residents were led to believe would be a fundamental change to their fears emanating from the Local Plan’s threat to the Green Belt in Castle Point.

Officers and chairman appear to be proceeding the process in the belief that the constraints on development, have been fully and fairly considered.

Remembering that members claimed to reject the numbers and wished to support residents views and opinions there appears little opportunity to alter Local Plan documentation.

After all, officers are keeping the minutes and notes. So far little evidence has been allowed to be, or has been offered, from the chamber to suggest these numbers are incorrect.

The officers will edit the Local Plan draft into a final version, not members.

The constraints meeting was an opportunity lost.

This meeting was objectable, with evidence provided, but control was maintained and the subject matter survived!

If ever a meeting should have been disrupted, that was it!

Has the moment passed?

The newly elected and re-elected members have a responsibility to examine the Local Plan and demand changes that reflects the policies they presented to residents when asking for their support.

Even if the Local Plan is considered to be unsound, the process must be exhausted, there is always room for negotiation. The Inspectorate will consider and give advice on what is balanced and realistic.

We have two options a re-write of the Plan interpreting the evidence in a different fashion or allow the Plan to go before full Council similar to how the draft appears now.

I believe if the draft Local Plan went to full Council it would be presented with the threat that if members did not approve the draft Plan, Glebelands, Jotmans and Felstead Road will be lost at Appeal.

This threat was the reason that the draft Local Plan was adopted for consultation.

It worked before and it could work again. This is not what mainland residents voted for!

If the Task and Finish group members disagree with the draft Local Plan, they should split into two groups, Mainland and Island.

Decide what policies and numbers are fair and reasonable, evidence it, agree to support each other and return united to the officers to finalise a Plan.

The Local Plan timetable has fallen way behind schedule.

To be considered credible the Local Plan needs to be submitted prior to the General and local Elections in 2015, otherwise residents suspicions will cynically suggest the obvious.

It is disputed who is responsible for the Local Plan, officers or members.

No doubt officers wrote it, but members voted it worthy of consultation.

We ask the Task and Finish group members, the Council Leaders, how is the initiative going to be wrested from the officers, if at all?

How will the numbers alter from those projected so far, and on what evidence?

We fully understand that Plan making is not easy or indeed popular, however the Canvey Green Belt Campaign group have completed various evidenced studies that contest the Councils projections. The Core Strategy was many years in the planning for failure, the New Local Plan has been a further three years using a raft of existing evidence.  Officers admit to just a 1.7 year housing supply. There are housing development Appeals pending.

Have councillors any substantiated reasons to believe the Local Plan will, and can, be changed?